Welcome to Summer! It’s a bit early but a couple of weeks ago we had a small heat wave and the next several days are going to be a repeat. It’s currently 89°F and will get to ~93°F in a couple of hours. This week it’ll continue for several more days. It’s funny to see a weather map where the Dakota’s are warmer than Florida – granted the latter has the ocean buffering against temperature extremes.

Through a school year from hell, Tim persisted and wrapped up his education at Academy for Science and Design. I wished there was something I could’ve done, but the protocols often bordered on insane. Ex: come into school but your teachers will instruct from home. 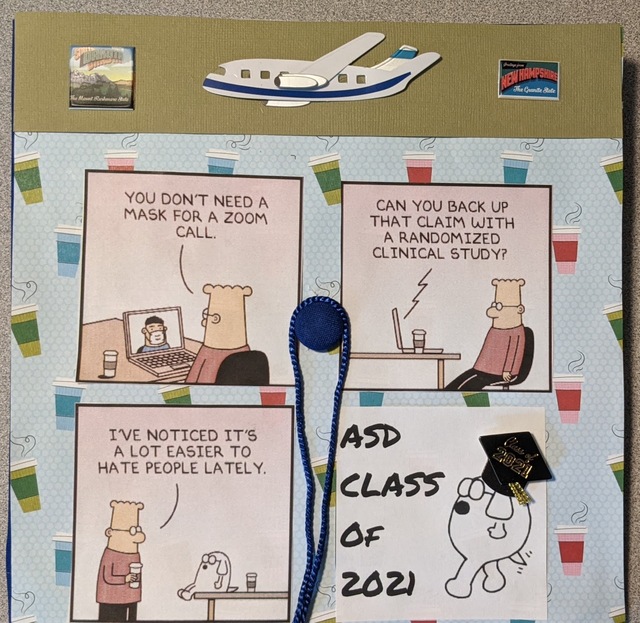 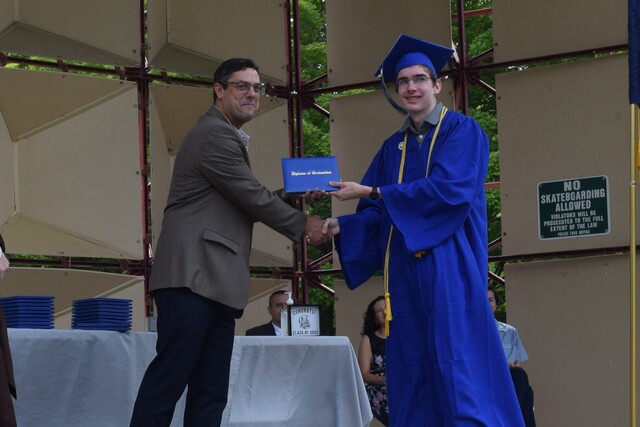 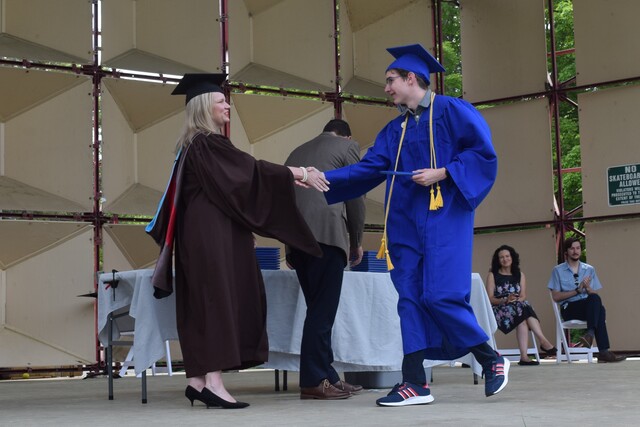 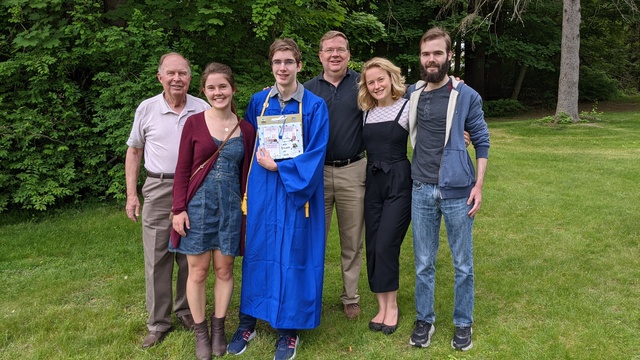 Now and then there may have been doubts on the merits of his Senior Design Project, but at graduation it got the award for innovation. 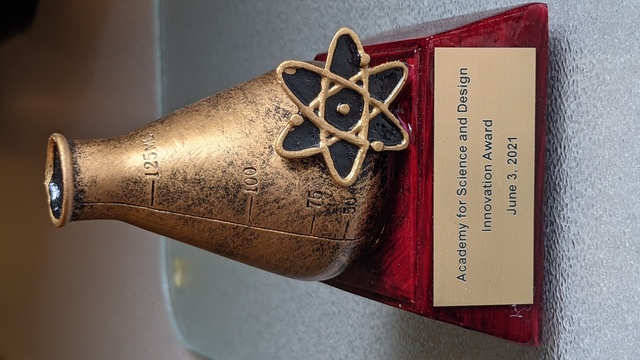 Usually my Dad drives out in late April to visit the family before his gardens get well under way. In late April Tim and I were too busy traveling to tour South Dakota and his graduation would only be five or six weeks later. So Wednesday around 12:30pm he arrived after a day and a half of driving. I’m always amazed at the distances he travels on the first leg of his trip. I usually stop somewhere between 500 and 600 miles, while he usually goes about 750 miles on the first day and 250 the second.

He bought dinner that night at Papa Joes, known locally for their excellent burgers. I bought lunch and dinner on Thursday [right after graduation]. Friday he and I went to check out the antique gun replicas at Hunter’s Rendezvous and had a great barbeque lunch at The Alamo in Brookline.

We also enjoyed several of his specialties here at the house. Friday night he made his awesome creamy alfredo noodles and smoked sausage dinner. Saturday night we grilled and he made another of his classic salads. Claire and I also learned a bit about making sourdough bread as he baked a fresh loaf from starter and flour.

This morning Dad, Tim, and I got up early and went to 8am Mass at St. Marie’s in Manchester. I wanted him to see the grandeur of the church and how they celebrate Mass – a great cantor and chorus, 5 altar servers in traditional cassock and surplice, two priests and a deacon. There was an announcement that the bishop has further relaxed Mass requirements for C19 but I have yet to see a writeup on the diocesan web site. It’ll be interesting to see what my local St. Patricks does in the days ahead.

After pushing and pushing with the insurance and the surgeon’s office, Tim finally has a date for the surgery for his BAHA implant. We’re excited and a bit annoyed at how hard it was to get it going. My kids know that I often joke about what I call “Scott’s 1st Rule of Business: Don’t make it hard for me to give you money.” The office dragged its feet on moving things along, even though up front I’d emphasized that this all has to be wrapped up before he goes off to South Dakota. It’s going to be cutting things a bit close.