At times I’m glad I work in silicon design. I have memories of big tech companies that primarily focused on building cool, innovative products and services. They rarely touched upon matters of politics or culture.

These past several years I’ve noticed more that these companies – which started out rather open – are making ever more stringent rules on what is allowable content. For many sites I can’t get over the flip in what content is allowed and what is quarantined or banned. “Move your life To The Cloud,” they said. They then proceeded to lock down allowable content further and further each year. When I was a teen I’d see bumper stickers that would say “Question Authority”. Online that is becoming increasingly difficult.

For example on reddit there are plenty of forums which share graphic pornography. However those reddit forums which advocate for men being men… those get quarantined for misogyny. This is the year when “WAP” won awards while Pepe Le Pew is cancelled. YouTube channels dare not question how the election was handled, question the current (and ever changing) rules regarding COVID, or the mRNA therapy known as the vaccine. There are just certain topics that may not be discussed unless it is in full agreement with newly established norms. YouTuber’s have resorted to using all sorts of euphemisms and cloaked language to avoid the ban hammer.

While these companies fully have the right to what content they host, they would likely not have grown to their current borderline monopolies had they been like this in their early years. Now that they have this power with billions of users, they are constantly making new guidelines and norms.

Slowly I’ve been pulling away from them. My social media bio used to mention “subsidiarity” which deals predominantly with scoping government power and authority to lower levels when possible, but there’s a parallel in tech. Large services that we take for granted: YouTube, Google, GMail, Facebook, Twitter, Microsoft, etc. have alternatives that are more distributed and federated.

I have a GMail account, but I’ve primarily used it in support of having Android and ChromeOS devices. 99% of the mail I care about comes in via domains that I own and at Email Servers that I pay a small annual fee for. My email isn’t harvested for ads or building a profile about me. That’s been true for a long time.

I’ve long advocated Chromebooks for folks who want a laptop that is easy to maintain and less prone to malware. Nevertheless be aware that Google has a vested profiling and advertising interest in developing these two tech platforms. Last year when Claire’s Chromebook “expired” (i.e. Google would no longer update it) Timothy unlocked it and put a user friendly Linux variant on it. This winter, knowing my nice Chromebook would also be expiring in a few months, Timothy and I put a nerdier Linux on it. I jokingly made the hostname ‘no-botnet’ because it is devoid of Google software now.

A few years ago I started moving away from Google Drive and Docs and towards Microsoft Office365. It is actually really good, primarily because big enterprises depend on it (and fund it). My own primary use case is working on CCD related stuff. Even there I wondered about ways to move away towards a “small” solution.

One platform that Timothy and I tinkered a bit with is NextCloud. How can one summarize NextCloud? Imagine being able to host your own Google Drive, Docs, Chat, Video sharing, etc. About half a year or so ago we set it up within our house on a small, cheap Raspberry Pi computer for experimentation. It was a good trial platform, but I didn’t want to make a “hole” in our internet router’s firewall to allow access from outside the house.

Eventually I moved to renting a Virtual Private Server(VPS). Anyone can from $5 to $20/month, depending on how big you want it to be and how much capacity you’re looking for. I re-installed NextCloud on it. I can access its services from a web browser, native Android apps, and programs on Linux (or Windows or MacOS, if I had those).

It’s only been a few weeks but so far I’ve set up services akin to Google Drive / Dropbox, and something like a lightweight version of Evernote. What I setup this weekend is NextCloud News.

News? Yes, that’s their app for tracking RSS feeds. RSS?! Oh no, techno- mumbo- jumbo!! RSS existed well before social media and conceptually it’s just a means to “subscribe” or “follow” a web site, blog, news service, channel, etc. You give your RSS Reader program RSS-style links for the things you want to track/follow, and the program will show you updates as they are posted. Just like a Follow on Facebook.

I have a long history of using RSS going back to the late 90’s when it was invented. Soon after the standardization of RSS, it was extended to be the backbone of what we now call podcasting. In my early RSS days I used a Mac-specific program called NetNewsWire. Later I migrated to “Google Reader”. Then when Google pulled the plug on that, I shifted to Feedly – which I still highly recommend. For aggregating news it is highly polished.

Nevertheless what if I could move away from Feedly and have my own cloud server tracking site updates via RSS? That’s what I worked on this past weekend within NextCloud. I set it up, and first verified it with the web interface. Then I setup a “comfy” Android app on my phone and tablet to get news from my server. Lastly I setup a nerdy news program on my two Linux laptops. In summary: it’s multiple ways to catch up on my server-tracked news feeds. The nice thing is that like most cloud-based services, everything is in sync between all the environments: the browser, Android apps, and Linux apps. They all know where I left off and what I’ve already read. Perhaps in a week I’ll close my Feedly account.

So what’s next? I’d like to see “chat” become decentralized. For a while it looked like Facebook Messenger would become the dominant player. Lately even your Average Joe is getting a bit concerned about what Facebook does with that data from Messenger and WhatsApp. Most of my kids and I are on Signal, which is a great text/voice/video chat tool for security and privacy, but it is still centralized and a single point of failure.

Timothy and I have discussed a few options and have played this month with Delta Chat. It works pretty well, leveraging your existing email servers (i.e. decentralized) and utilizing industry standard PGP encryption (i.e. private). NextCloud also has a chat application hosting options. Lastly there’s the classic XMPP/Jabber protocol, which is what Google Chat started out as in the early days.

Just like you see campaigns against the Amazon’s and WalMart’s of the world saying “Support Small Businesses”, there’s a parallel in the domain of these mega-providers of Internet Services. Lastly remember the common refrain about them: “if the service is free, you’re not the customer, you’re the product.” 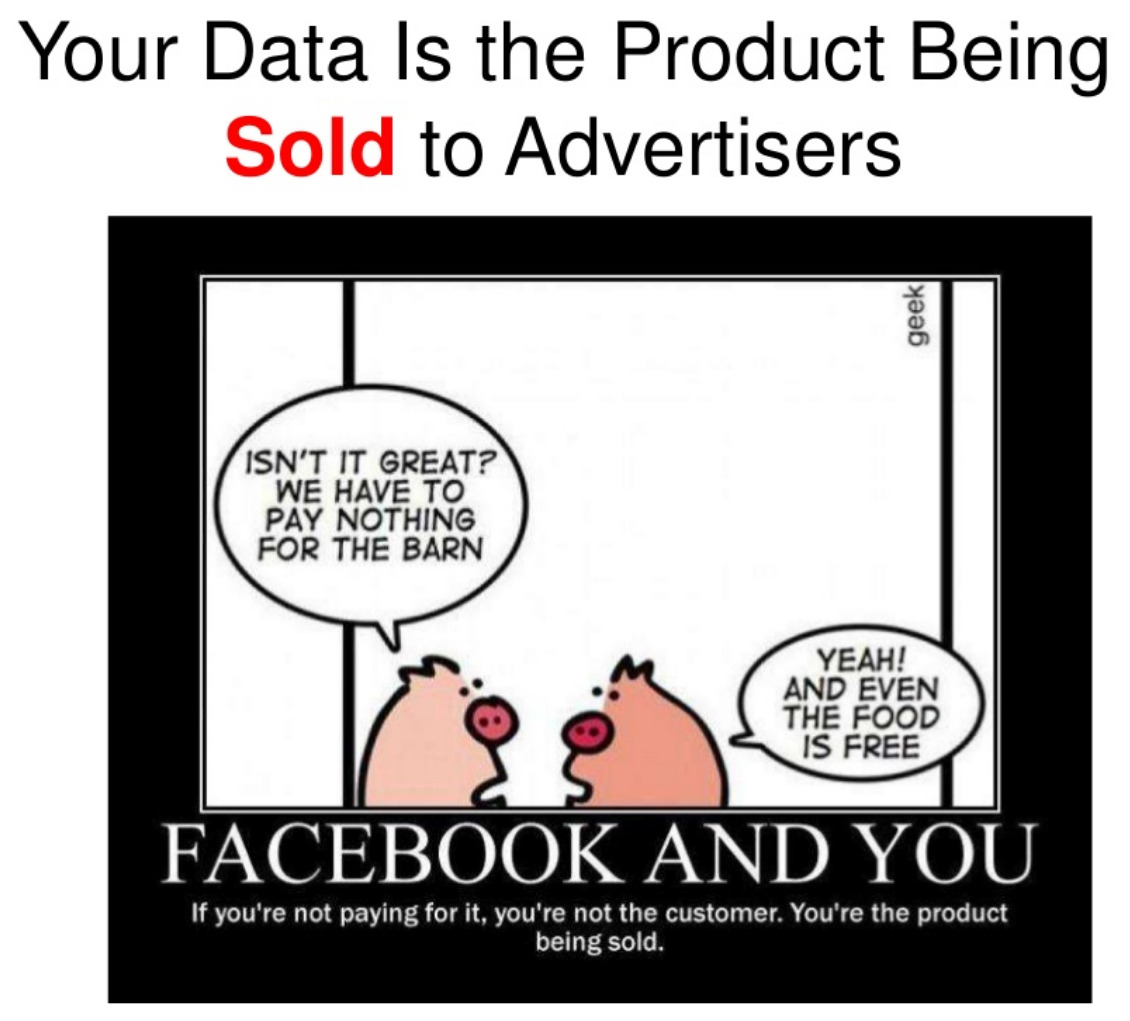