Great gobbledygook title, eh? Enough to make you glaze over? Hang in there…

This weekend I spent some more time tinkering with the cheap Linux laptop, my Pinebook Pro. One of the things I wanted to do was be able to see the files that we have on a home network drive as local files on my computer. I’ve never had luck with this in the past.

Some back story: over three years ago back in April 2017, I ordered a nice Network Attached Storage (NAS) from one of the two leading providers: QNAP. Being the tech guys that Timothy and I are, we had debated setting up our own, but I thought a “shrink wrapped solution” might be better.

Once it arrived it wasn’t difficult to install the drives. You pick whatever brand, speed, and capacity you want. Boot it up and a nice web interface lets you control everything. 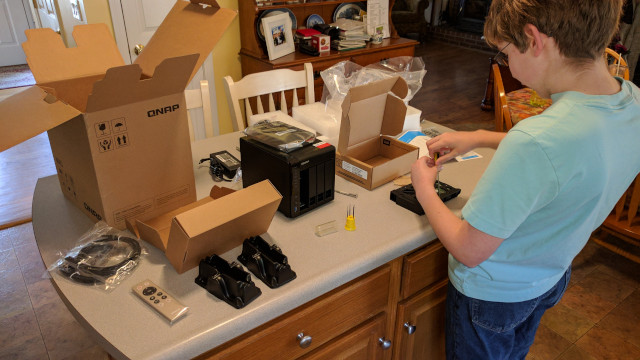 The problem is that sometimes Graphical User Interfaces can bury things where you can’t find them. Usability experts refer to this as a “lack of discoverability”. It’s a tradeoff that they have to make between a user interface that isn’t overwhelming but still lets you do everything that’s possible.

In the computing world there are two dominant protocols for mounting network drives. In Linux the most common way is called NFS and in Windows it’s called SMB. For my Linux laptop I wanted to use NFS because it’s fast and native.

For the past three years I’d try on and off again to use NFS and never had any luck. It was always Permission Denied from the drives. Last night I persevered and found the buried setting which I’ll outline in a series of photos. First launch the Control Panel: 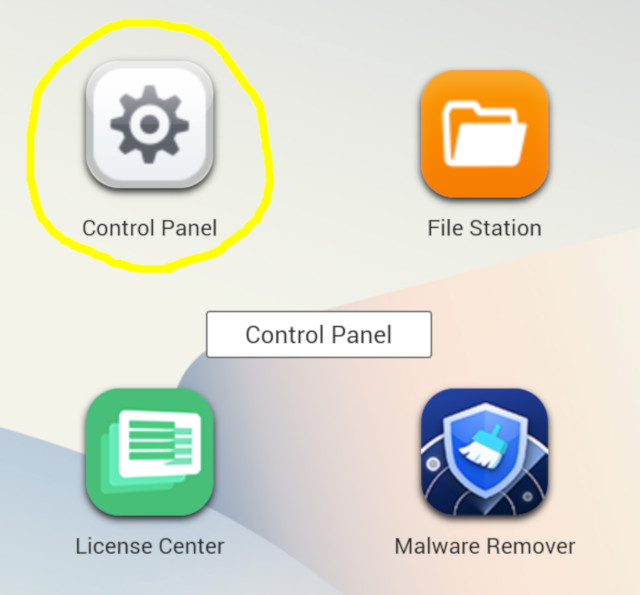 Within the many, many settings select Shared Folders: 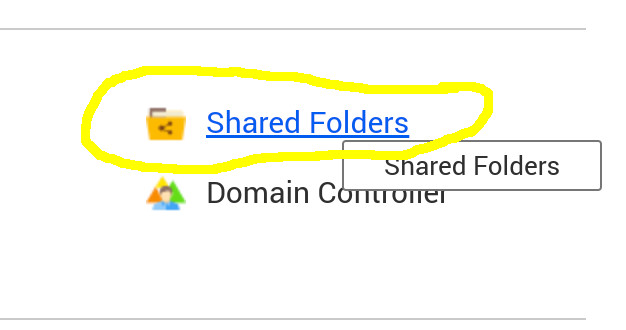 Within that select that middle button on the right, Edit Shared Folder Permissions:

This is where things aren’t obvious. Where it says Select permission type, click the dropdown menu and select NFS host access. I had never noticed that little dropdown menu, nor guessed it was the key. 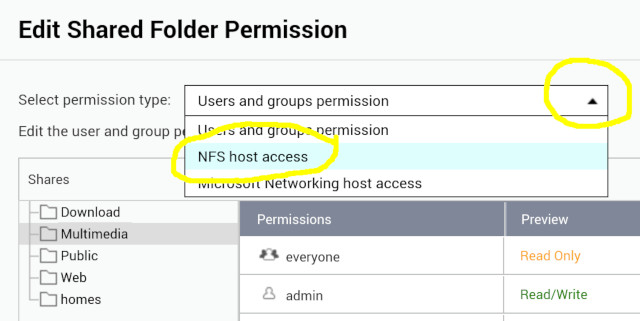 There you can set access rights and what types of permissions you want for this NFS-mountable shared directory. 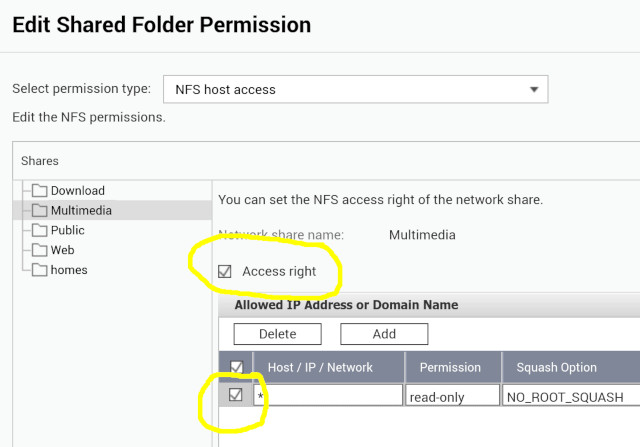 Those last couple of steps are the keys to giving the QNAP permission to export the /Multimedia directory as Read-Only via NFS protocol to anyone on the local/home network that would like to see it as a network drive. It just needs to be done once as a setup for future use of that directory. Just a few minutes of clicks, if you know where things are!

On the Linux side it’s pretty simple. Create a directory where you want this mounted. In my little Linux laptop there’s already a common /mnt/ directory, often used for mounting things like CD-ROMs, USB Flash Drives, and network drives. I just made /mnt/qnap underneath it.

Then whenever you want to “see” that network directory on your local machine, it’s just a matter of a straightforward command done as the root administrator:

whenever you want to temporarily mount it. The 192.168.147.221 is the address of the drives on our home network. Create a shortcut alias or short two line script if you can’t remember the syntax.

Similarly you can use:

to unmount the network drive.

There are more advanced ways to make it auto-magically mount it when needed, but for now I’ll just stick with two explicit commands to use the drive.

So why did I bother? Well on this Pinebook Pro laptop, I’m trying to do what I can to keep things lightweight from a software perspective. It’s no screaming machine. A common app we use in the house is Kodi but it’s a pretty big application for home theater usage. It has a ton of bells and whistles.

For this little laptop I already frequently use a popular but minimal multimedia playing app called MPV. It can play a lot of audio and video formats, but isn’t as big and heavy (read:bloated) software-wise as the all singing, all dancing Kodi.

Once the network drive was NFS mounted as a directory on my laptop, it was as simple as browsing the files in the usual ways and saying:

to watch “The Proposal” with Sandra Bullock and Ryan Reynolds. By the way: while that movie had a lot of great actors and actresses, it was even less plausible than a sappy Hallmark movie. Here’s the trailer if you care to judge for yourself. 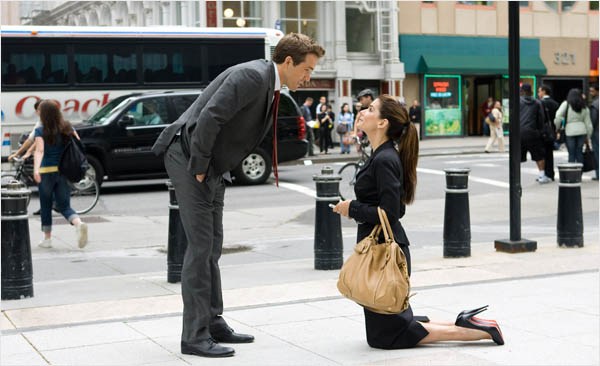